The beautiful venue known as The East Sussex National in Uckfield East Sussex was home to the District 105SE Convention from 4-5th February. This ’50 plus one’ convention hosted by District Governor Ian Forbes and his wife Lion Susie, was a very well planned and executed event covering the weekend.

Attended by most of the Lions Clubs within the district, DG Ian took great pleasure in introducing club members to the VIP panel consisting of Gudrun Yngvadittir (Past International President) from Iceland, Howard Lee (Past International Director) and Roswitha Hahn (District Governor 111NM – Deutschland Lions). 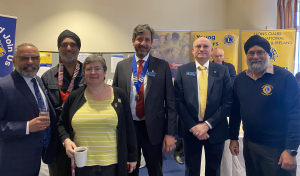 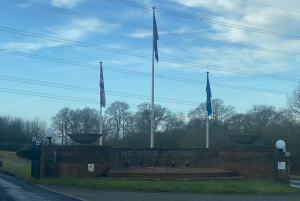 In addition to ‘talking business’, the convention also hosted a ‘Jive’ themed night on Friday evening for members to dance the night away whilst they were entertained by a live band. During the main convention, presentations were made about various projects we, as lions clubs, are supporting within the district, these presentations included Kent, Surrey and Sussex Air Ambulance and also the ongoing projects such as LIBRA (Lions International Blood Research Appeal). These projects and others being supported by the district are all living proof of the success projects such as these are making to everyday lives of people throughout the world.

International guest, Lion Gudrun was pleased to take a vast range of questions from the floor including a question by our club president Lion Rags Sandhu, he raised the point out the International website needs to be made simple to use and perhaps have a direct link to the local clubs website, he feels this will make contacting ‘your local club’ much easier. 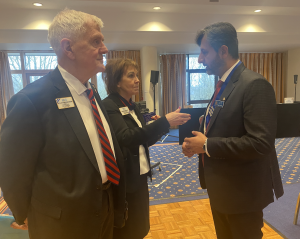 President Rags Sandhu in talks with International Past President 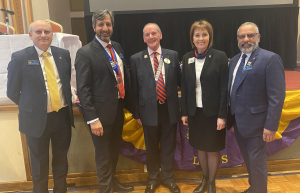 The convention also hosted a range of stalls including a stand on membership. This is one of the areas upon which we, as a club and a district are keen to evolve. All clubs are looking for more members and we are encouraging members to join who ‘would like to make a difference’ not only to their local community but also to those who are less privileged than ourselves.
A vast range of presentations were made to members and clubs within the district who have gone ‘over and above’ what is expected of them. In addition to these there were also selective presentations made from the Past International President. 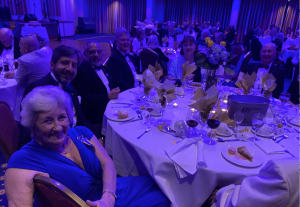 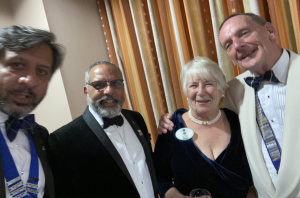 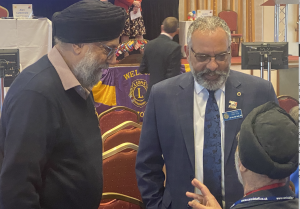 The final event of the ’50 plus one’ convention was a Ball hosted at the hotel on Saturday night, again another great night with live music. 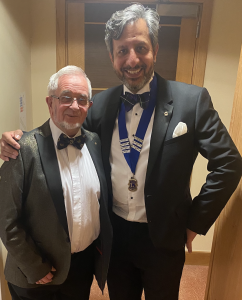 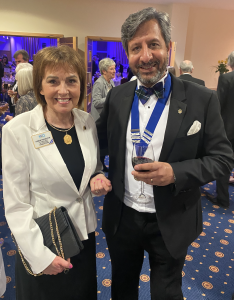 Lion President Rags Sandhu said ‘Credit goes to DG Ian, Susie and their entire convention team. This was a very enjoyable event during which you had the opportunity to learn more about the district projects etc. The fact that the Past International President was there, meant that you could find answers to almost any of your concerns. The range of knowledge within the room was amazing and its surprising how many ideas you come away with from the convention. Overall it was a very enjoyable event during which I have learnt so much more which can benefit our club and community.’