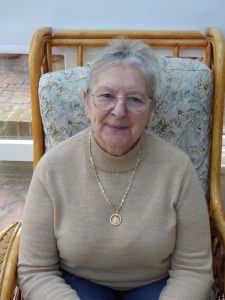 Rosanna, has been a keen promoter of Dartford Lions Club since joining in 2018, she is a very well known resident of Dartford who is always active within the community.

” I am 73 and joined the Lions about three years ago shortly after I was Mayor of Dartford.   I am a Londoner and moved to Dartford in the early seventies. I am a Dartford Borough Councillor and have been for the past six and a half years representing the Brent Ward and am Deputy Mayor at present and hoping to become Mayor again as soon as is possible.   I am also a trustee of the Dartford Home Start Charity and the Dartford Almshouse Charity.  I am a mother of three and grandmother to three.  All boys.  I enjoy meeting people which, of course, has not been possible over the last year.”

For information on Dartford Lions Club members, please contact us.